Winchester is located approximately 70 miles from the Washington DC area. Located in the Northern tip of the Shenandoah Valley, Winchester offers a perfect location for anyone wanting a combination of the city and country life. With several historical sites, mountains, huge shopping areas, restaurants, colleges, and festivals available for your entertainment, Winchester is the perfect city to live in.

Frederick Town Virginia was settled in 1730 and was renamed by Colonel James Wood in 1750. Colonel Wood named the town after his home in Winchester, England. During the Civil War, several battles occurred in the town limits and caused Winchester to change hands seventy times between the Union and Confederate armies. Winchester is home to several historical sites such as: George Washington Headquarters, Abrams Delight, and Stonewall Jackson Headquarters. Winchester is enriched with Civil War history that can be viewed in several museums in the city.

Winchester is located between the beautiful Blue Ridge and Appalachian Mountains. Skyline Drive is located on top of the Blue Ridge mountains and can be utilized for many different activities. Hiking, site seeing, camping, and nature watching are a few activities that these mountains can offer.

With several shopping plazas and two malls, Winchester is a shoppers dream that can fit any budget. The downtown walking mall is home to over 20 different locally owned stores. Wine, clothing, hobby, jewelery, and antique stores are all available on the downtown walking mall. The Apple Blossom Mall is an enclosed shopping area with 80 stores available for all shoppers in need of that perfect gift. Winchester also offers over ten shopping plazas filled with department stores.

Winchester is home to several locally owned and nationally owned restaurants. Two of the oldest restaurants in the area are the Triangle Diner which was built in 1948 and the Snow White Grill which opened in 1949. Winchester has become a city of exquisite taste. Some of the most popular nationally owned restaurants such as Red Lobster, Outback Steakhouse, Olive Garden, Applebees, and Cracker Barrel are among the favorites. However, the locally owned restaurants are known for their customer service, quality, and personal touch. The downtown walking mall has several restaurants that offer different styles of food such as Italian, French, Thia, Asian, Jamaican, and of course American food. This is just a short list of what is available to satisfy your palate.

There are two universities available in the Winchester Area. Shenandoah University is located in the city limits and Lord Fairfax Community College is located approximately eighteen miles south of Winchester. Shenandoah University offers degrees in arts and science. The University holds several theatrical plays and musical concerts through out the year. Lord Fairfax Community College offers several different programs to further your education.

Winchester holds the Shenandoah Apple Blossom Festival once a year and that brings thousands of patrons to the city. The first Apple Blossom Festival began in 1924 and now consists of two parades, several dances, carnival, circus, arts and crafts, car show, and many contests. Wine tastings and food contests and several festivals such as Apple Harvest, Dooh Dah day, and many more are held through out the year.

Winchester is a city built for everyone. 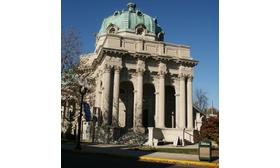 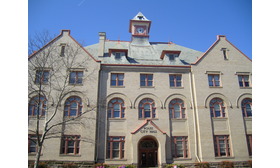 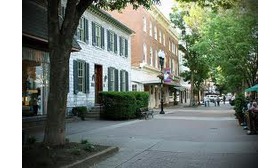 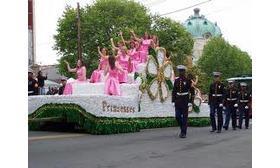 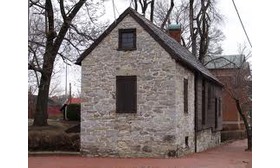 Our Site Pages
Our Communities

Do Not Sell My Personal Information
Licensed and in Virginia and West Virginia
©2021 Century 21 Real Estate LLC. All rights reserved. CENTURY 21®, the CENTURY 21 Logo and C21® are registered service marks owned by Century 21 Real Estate LLC. Century 21 Real Estate LLC fully supports the principles of the Fair Housing Act and the Equal Opportunity Act. Each office is independently owned and operated. Listing information is deemed reliable but not guaranteed accurate.
Data powered by Attom Data Solutions. Copyright© 2020. Information deemed reliable but not guaranteed.
*Based on a 30-year fixed rate of 3.38% with 20% down. The estimated payment is offered for convenience and is not an offer of credit. Due to market fluctuations, interest rates are subject to change at any time and without notice. Interest rates are also subject to credit and property approval based on secondary market guidelines. The rates shown are based on average rates for our best qualified customers. Your individual rate may vary. Rates may differ for FHA, VA or jumbo loans.
An error has occured.